Smartphones are such an integral part of our lives that it’s hard to imagine a day without them – so it goes without saying that you want your smartphone to last. Keeping smartphone replacement parts & repair tools handy can help you prepare for the worst, but when it comes to smartphone repair, not all devices are created equal. Here is a breakdown of the pros and cons to disassembling the most popular mobile devices. 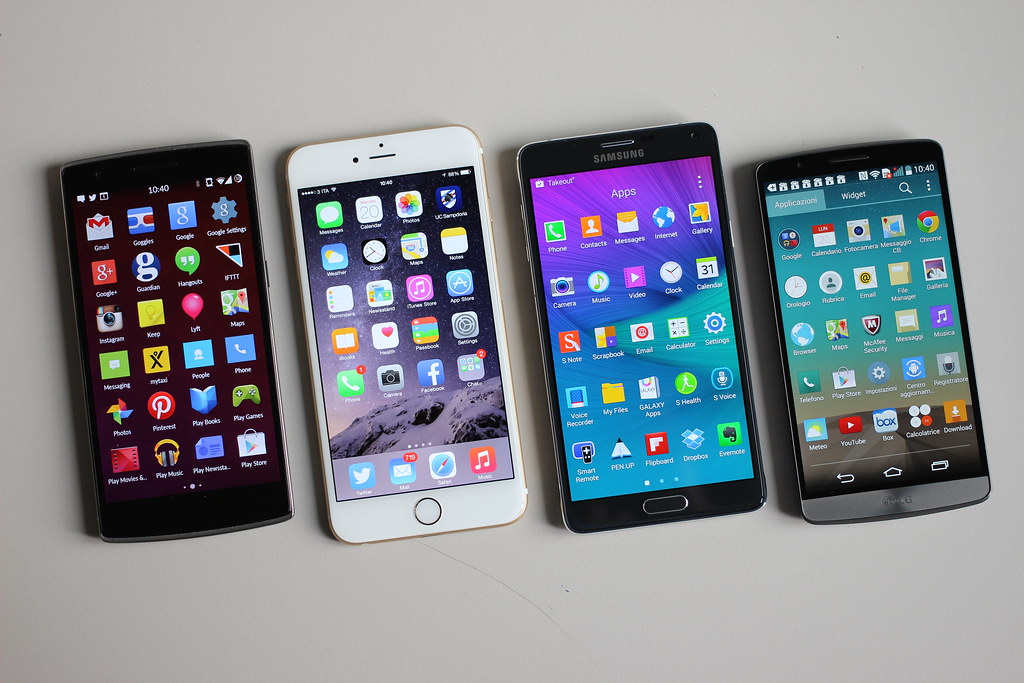 As is customary with Apple products, repair manuals are kept strictly confidential; leaving users in limbo until a third party makes a manual available to the public (you can find complete iPhone 6 disassemble guides and videos here). That being said, battery accessibility is easier than in previous models, and the cable for the fingerprint sensor has been relocated, allowing for easier access (especially on the larger 6 Plus). Overall, the iPhone 6 and 6 Plus are great options for users concerned about easy repair access.

The Samsung Galaxy S5 has the distinct advantage of easy battery access, but any other repair requires users to remove the display assembly (LCD and Touch Screen). The display is glued into place, so a heat gun and some sort of pry tool are necessary to attempt the DIY repair. Remember that the Samsung Galaxy S5 is a waterproof phone, so the fact that the battery is easily accessible is quite impressive. That being said, overall the S5 is not an easy device to repair.

Smartphones are increasingly reliant on replacement parts being glued down into place, but the LG G3 offers a simple, easily accessible design. Most of the internal components can be either unscrewed or pried out, making DIY repair much easier.

The Sony Xperia Z3 is also waterproof, but the back is not as easily accessible as the Samsung Galaxy S5. The rear panel itself is glued down, which means heating and prying are required to get into the phone. The motherboard is also covered in plastic, presumably to protect it from moisture. Lots of glue and tightly sealed parts might make this phone a bit of a challenge for even the most experienced DIY technician.

The HTC One has earned the reputation for being a bit tricky to repair, and the (M8) is no exception. Parts are both glued and screwed down, and just as in previous models, the battery is hidden under the motherboard. There are ten cables covered in copper shielding tape that must be removed in order to reach the motherboard. While repairing the M8 is not impossible, it’s probably not for the faint of heart.

The back plate of the Moto X has adhesive and an attached cable ribbon, so opening the smartphone requires careful precision. Once you get the back off, the rest of the parts are relatively easy to access. As an added bonus, all of the screws used are the same type, so you don’t have to worry about mapping each individual screw.

Repairing a smartphone or tablet on your own can save you time and money, but it’s good to know what you’re getting into before you choose a device. Regardless of which mobile device you have, Fixez has everything you need to complete the DIY repair. Find premium tablet and smartphone replacement parts, quality repair tools, step-by-step disassemble guides and HD repair videos at Fixez.com.