How safe are the batteries (Lithium-Ion/Li-Po) in smartphones and tablets? 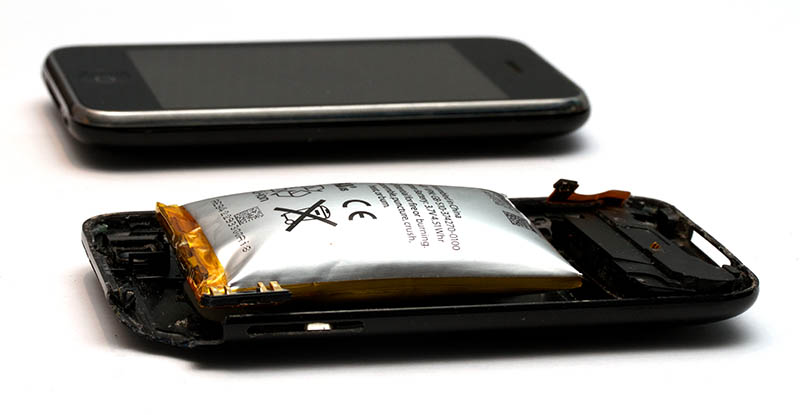 How safe are the batteries (Lithium-Ion/Li-Po) in smartphones and tablets?

After the continuous barrage of the Samsung Galaxy Note7 fiascos, now more than ever, people are afraid of their smartphones exploding. While this type of an accident may seem unlikely, it’s important to understand the chemical properties of the batteries that make them functional also gives them the capability to catch fire.

When a battery explodes, it almost always signifies the manufacturer’s inability to produce a suitable device. Samsung had to learn it the hard way as the occurrences of the exploding Samsung Galaxy Note7 forced them to recall their flagship device. This brings up the question: what is the reason that a phone battery may catch fire and/or explode?

Why do batteries explode?

For all we know, exploding batteries might be the consequences of enthusiastic companies trying to push technology to its absolute limit. As our smartphones are getting bigger and more powerful, so is the need for more power to keep them running.

Since customers are not willing to sacrifice charging speed or battery life in exchange for a more powerful device, companies are always experimenting with new technology. According to Lynden Archer, who is a materials scientist at Cornell University, manufacturers have already achieved close to 90% theoretical maximum battery life from the lithium-ion battery. That does not stop the arms race going on between manufacturers to achieve a little more energy with their release of a new devise.

This challenge has sparked more and more incidents of overcharging in certain models where damage has become a common occurrence. To find out what exactly might be causing the mishaps, we have to take a closer look at the composition of lithium-ion batteries and some other details.

Lithium-ion Batteries and their Problems 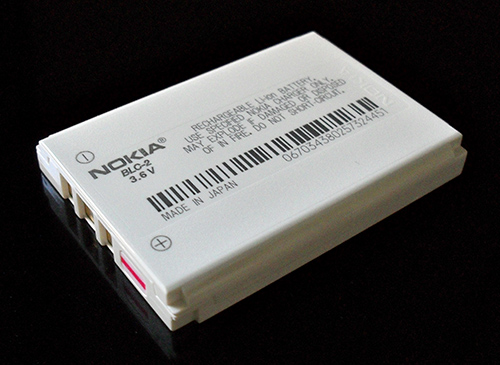 This variety is a powerful, yet lightweight, battery type is comprised of lithium-ion particles. These types of particles move back and forth between a positive and negative electrode as they are charged and discharged. Known to be resilient to high temperatures and provide extended life, these batteries are also popular because they can be repeatedly charged and don’t take up much space in the phone case.

These batteries are also in more than just smartphones. They are used to power laptops, airplanes, electric cars, and even the newly launched e-cigarettes. Of course, it goes without saying that the battery used in cars and airplanes are much stronger and larger than the ones found in mobile phones.

The problem with lithium-ion batteries is the chemical compound that gets pressurized inside of battery cells while charging is flammable. To ensure that the particles can move freely between electrodes, the flammable chemical compound generates heat. If the temperature is not controlled properly, it can cause the compounds inside to burst into flames or even explode. The compounds can also become unstable if something somehow punctures the cell of the battery. Samsung recalled the lineup of the Galaxy Note 7 models as it thought the problem occurred from a minuscule flaw during the battery production. Another theory states that the coil inside the battery was incorrect, which was causing more anxiety.

Li-Po Batteries and their Problems

Lithium polymer batteries are a form of rechargeable battery that comes in a flexible package. While this makes them lighter, it also causes them to be less sturdy than their lithium-ion counterparts. These batteries are perhaps the most dangerous parts we deal with on a daily basis when it comes to tablets and smartphones.

What makes this type more hazardous is the propensity to explode in the shape of a small fireball when mistreated. Why do Li-Po batteries explode? Well, it’s pretty simple – the ions inside of a Li-Po do not favor being exposed to air. All reported cases of explosions so far have only pointed to anything but one reason – exposing the innards to regular air.

When one or all of the cells of a Li-Po battery gets punctured or ruptured, it can lead to a violent reaction depending on the amount of electrical charge the battery has left. In simple terms, it can be said that the reactive elements within this battery type are more prone to chemical reactions depending on the level of charge remaining.

The battery can get punctured in one of these two ways: if you either puncture it physically by dropping it to the ground and it gets a hard landing, or you burst the cell package by too much “puffing”. Regardless of what the problem might actually be, the incidences can only be seen as a failure on the manufacturer’s part to adhere to strict safety protocol. 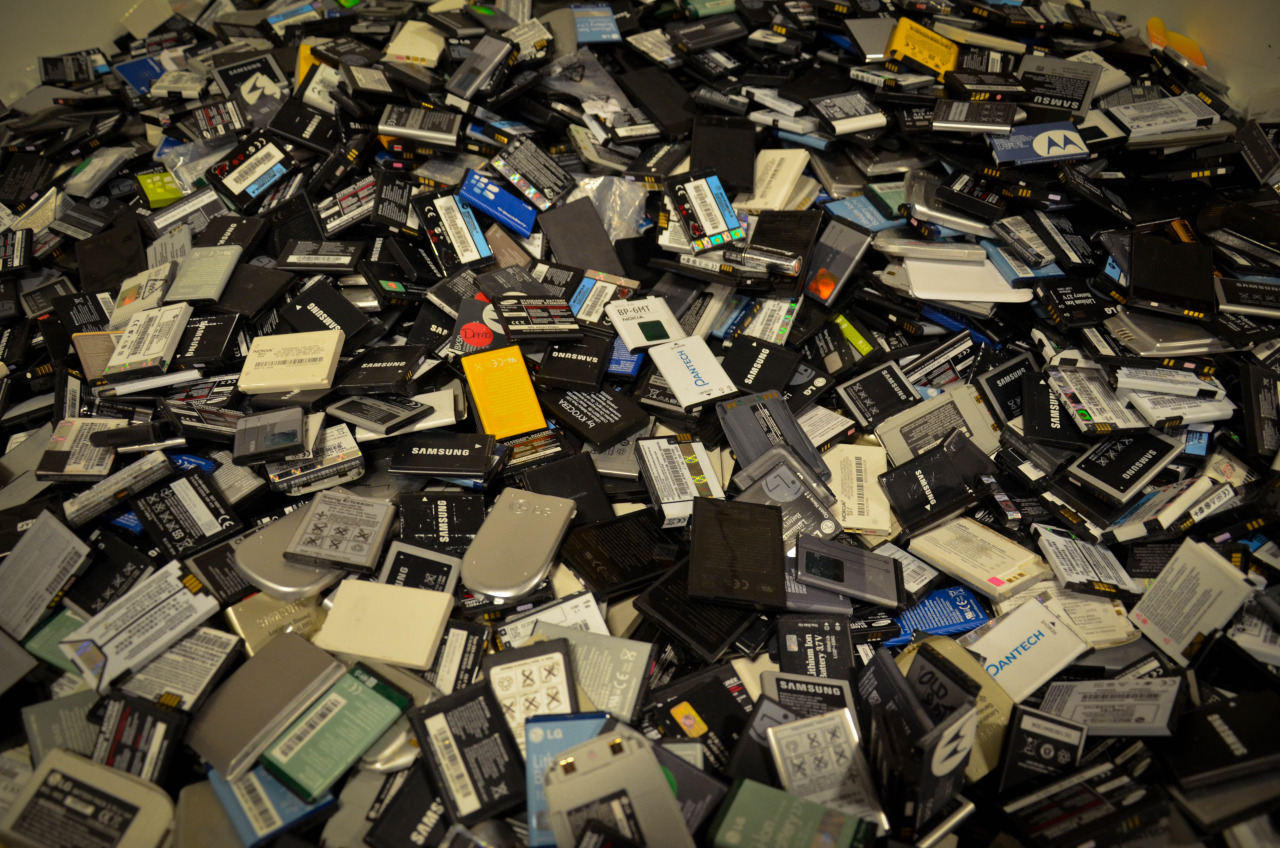 Why not change the batteries if a certain variety is causing problems is a valid question that has been asked countless times. Changing batteries, in reality, is not possible because the technology related to batteries have always been slow to advance because products must undergo stringent safety testing methods.

Li-Ion and Li-Po are the only two battery types that have passed all the tests so far while still being a low-cost alternative that’s easily reproducible. These batteries are pretty safe when used in a proper manner. Given the number of tablets and smartphones using these batteries are sold every year, one can say these incidents to be very rare.

How can you properly recharge and replace an old battery? Batteries have been known to fail when they are charged too fast or too much. In the case of the Galaxy Note 7, the resulting fire occurred because the separators were flawed that let the two electrodes come in contact with each other. This can be considered as the worst possible failure because it almost always guarantees the result of fire and an explosion.

Regardless of the cause of failure, you can obtain precautions to steer clear of problems associated with battery catching fire and exploding, or both. Continue reading to learn how to recharge, maintain, and replace a battery properly.

The sweet spot for lithium-ion battery safety lies between 50 and 80 percent as it allows the charged ions to continue working. To prolong the battery life of your favorite smartphone, it’s always a good idea to charge the device in short spurts divided through an entire day as it gives the answer just enough energy to keep moving.

Even though it is an inconvenience, it’s best to acknowledge the fact that one daily charge up to 100% is not preferable. This is the most optimal route you can take if you want to ensure your battery gets the longest life possible.

Another major practice that you should avoid is charging the battery in cycles. A charge cycle is a period from where your battery goes from near empty or empty to 100 percent battery in a single session. This practice is harmful because every phone comes with batteries having a limited number of charge cycles before it comes to the end of its life. Your battery may have a significant number of cycles remaining before it reaches its limit, but you see noticeable degradation sooner rather than later.

As you can understand, the real problem lies in how we recharge batteries rather than the time we are using the device. According to experts, try to avoid going from 0 to 100% as much as you can as this will start to break your battery down and give your device and an overall shorter lifespan.

No battery lasts forever as the only have a limited number of charge cycles. Your battery will degrade over time, and you’ll start to get less and less battery life as time progresses. This is the reason replacing the battery is important even if you don’t know how to replace it yourself or don’t want to do it for any reason whatsoever.

What your device or a downloaded app says about the battery doesn’t necessarily matter because they are hardly accurate. Take for example your battery is reporting 30% of its original capacity, which you are delighted to learn as you think it should be still quite a while before it needs to be replaced. This might always not be the case because the battery capacity will keep on decreasing with time.

Luckily, replacing a battery is easy as all you have to do is buy a suitable model based on your smartphone or tablet having a removable battery. Then it all comes down to taking out the old battery and replacing it with the newer one. This will give your device a fresh battery, having the maximum capacity with an extended cycle.

However, in case if you have a device that does not allow the user to open the batteries and other components, then it is better to take it to a technician to do it for you. Sure, you can get all creative and try to experiment with opening it up manually and gluing it back together but know that there are certain risks involved.

The contents of this section should not come off as much of a surprise to most because we use these optimization methods to prolong battery life. The practices mentioned above can significantly improve battery life, requiring you to charge the device much less:

Sure, these accessories might be expensive, but they can save you from the potential hassle of dealing with failing battery life and other hazards later on. Buying reputed alternatives are also a good idea because companies like Farbe Technik produce accessories that are certified by the likes of Samsung and Apple. Always stick to reputed names when buying third-party accessories.

It is also crucial that you ensure your new charger and cable combo comes with the correct reading. Crosscheck the water or amp rating with the phone’s specifications. The real risk lies in using a counterfeit charger that does not follow appropriate regulatory standards. So, learning how to identify fakes is also a good idea.

Is leaving the battery to charge overnight a good idea?

Leaving your smartphone or tablet plugged overnight does not drastically harm your device says Shane Broesky, who is one of the co-founders of Farbe Technik. He further goes on to say that our phones are smart enough to know when the battery is fully charged and it automatically stops the current from flowing to prevent the phone from overcharging.

There are situations when leaving a device plugged overnight can dramatically reduce the lifespan of its battery. Lithium-ion batteries have the tendency to react poorly if your phone experiences high temperatures, which may lead to a damaging effect. This can happen if you have a phone with a case that does not let heat escape.

This heat will raise the temperature of the battery, leading to oxidation that has the ability to shrink and shorten its lifespan. To avoid this problem, it’s always a good idea to take off the phone case at night if you plan to keep it plugged in for charging throughout the night.