The holidays are just around the corner, and that means shoppers are searching for the hottest electronic devices of the season. There’s certainly no shortage of phones and tablets to choose from, so we’ve compiled a list of the hottest holiday devices to help you find your perfect match.

The Samsung Galaxy Note 4 is the only mainstream smartphone with a stylus, and it makes the most of this feature by offering unique applications. Using the stylus, users can convert handwriting directly to text – a handy tool when you need to quickly jot something down. The stylus also features a side button similar to a mouse, thus allowing users to have more functionality. The camera does not perform in low lighting as well as other competitors in its class, so photo enthusiasts may want to take this into consideration. The phablet starts at $299.99 at AT&T (with a contract) and peaks at around $749 from T-Mobile. 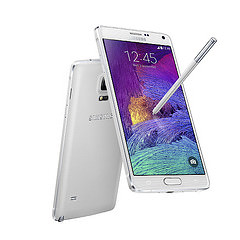 The Samsung Galaxy Note Edge is quite similar to the Note 4, with the added feature of a curved edge. The edge is more than stylistic; it functions as a separate menu, bringing tabs, notifications, and other widgets within easy reach. In addition, the Note Edge will include a 64 GB option. 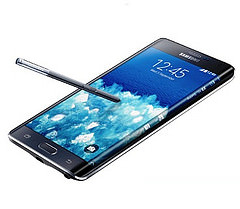 For those who want the performance of the flagship S5 in a smaller package, the Samsung Galaxy Alpha is the ideal choice. With a 4.7” display, it’s not exactly small, but it can be a bit more manageable for those not looking for a phablet sized phone. 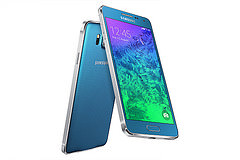 The Sony Xperia Z3 (or the Xperia Z3v for Verizon customers) is a must-have for gaming enthusiasts. The PS4 integration and quality display make it a great gaming device, and the extended battery life is a powerful asset. The phone is also waterproof, making it an easy choice for Android users looking to get the most out of a phone. It is currently available through T-Mobile and Verizon. 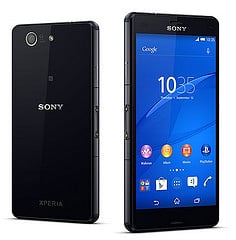 The newest addition to the iPad family is even thinner and lighter than its predecessors, and comes equipped with Touch ID and Apple Pay (introduced during the iPhone 6 release). There’s nothing drastically different about the iPad Air 2, but for Apple enthusiasts, it’s a welcome addition to the collection.

Similar to the iPad Air 2, the iPad Mini 3 offers some slight modifications over the previous model. The new version is offered in gold, and includes Touch ID. Retailing at around $389, it’s a great alternative to the full sized version.

The Nexus 6 is packed with the new features, and comes loaded with the latest version of Andriod – Lollipop. Standing 6.27 inches tall, it’s not for the faint of heart. The starting price for the device is $649 for the 32GB or $699 for the 64GB version.

The Nexus 9 is definitely one of the hottest items of the season. Google partnered with HTC to produce a great product with unmatched sound quality and video performance. The magnetic keyboard makes the tablet a versatile option, but the memory caps out at 32GB. 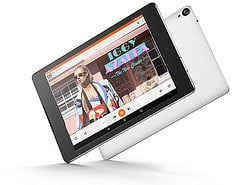 No matter which device you decide to ring in the New Year with, we can help you keep your tablet or smartphone working like new for years to come. Find high quality smartphone and tablet replacement parts, premium repair tools, step-by-step disassemble guides and HD repair videos at Fixez.com.