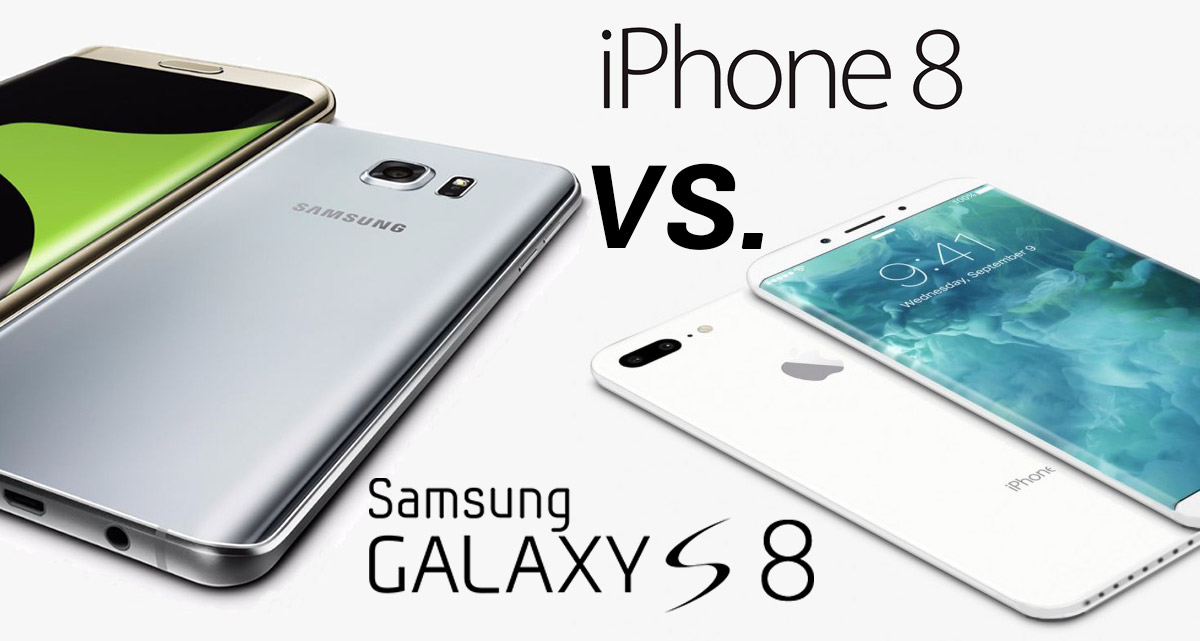 To say that the successes of both the iPhone 8 and the Samsung Galaxy S8 are important for their respective companies is a massive understatement. There's a lot on the line for both Apple and Samsung, albeit in slightly different ways.

Apple vs. Samsung: The Situation

For Apple, the iPhone 8 will be released on the 10th anniversary of the original iPhone in 2007. It is already being seen as something of a culmination - every normal, S, SE and Plus release has all been building to this point. It's also coming during a crossroads where Apple has begun developing a reputation for stagnation. While the iPhone 7 was undeniably a great phone, it was hardly as groundbreaking as the original iPhone or the iPhone 4. The iPhone 8 NEEDS to be impress to set the tone of the company moving forward into the next decade.

Samsung, on the other hand, is still in the midsts of some pretty significant damage control. After the Note 7 debacle, they need to do something tremendous to get back into their customer's good graces and earn back trust. The future of their mobile phone division is riding on the success of the Galaxy S8 and, by all accounts, they are acting accordingly.

The Samsung Galaxy S8 vs. the iPhone 8: Breaking It Down

Perhaps the most significant advancement that the S8 is expected to bring to the table is the all-screen face it will reportedly include. Rather than surrounding a screen with a thin bezel (as is standard), the bezel itself will be transformed into useable space to increase the immersive experience that smartphones offer. There is even talk that Samsung may place the device's "Home" button BENEATH the glass, meaning that no physical button will exist on the face of the device at all.

What makes this interesting is that per current rumors, Apple is planning on doing the exact same thing with the iPhone 8. Whichever company makes it to market first has a pretty significant new feature to lord over the other - however, we all know what happens when Samsung tries to make it to market before Apple.

Both devices are also expected to use OLED displays instead of the LCD screens that are found on most smartphones today. OLED screens offer richer colors and deeper black levels in addition to being thinner and more energy efficient. Making the switch to OLED at all should, in theory, provide significant performance and battery life boosts to both models from the get-go.

The S8 is also expected to mark the debut of Samsung's own proprietary digital assistant software, similar in concept to Apple's Siri. Samsung purchased Viv Labs, the designer of the software, in October of 2016. Though Samsung phones have had similar functionality in the past, this would be the first time that the company has truly attempted to go one-on-one with Siri.

Apple's iPhone 8 is rumored to include a new A11 processor and Intel modem, both of which should give significant performance boosts to both regular use and Internet connectivity. Not much at this point is known about the rumored hardware of the S8 beyond the screen and other minor details.

The S8 is rumored to hit the market in April, while the iPhone 8 is rumored for September of 2017.

Which of these two smartphones will emerge victorious in 2017 remains to be seen, as does nearly everything else about them. Remember, things change all the time and these phones are still in the development stages. Features come and go on a regular basis and until they're formally announced, nothing is set in stone. One thing is for sure, however - the battle of the iPhone 8 versus the Samsung Galaxy S8 is shaping up to be one for the ages.