A cracked screen doesn’t necessarily mean that your iPad Air 2 is useless. Sure, Apple can fix it, but it’ll set you back a cool $379.00 plus $6.95 shipping and tax - regardless of whether or not you have a warranty. Fortunately, you don’t have to shell out all your hard-earned money on a new iPad Air or repair service – you can fix it yourself! It only takes a few minutes of your time!

Make sure the iPad Air 2 is completely powered off. You can turn off your iPad by holding down the power button located on the side of the tablet until you’re prompted to slide to the right on the screen.

Using your heat gun, gently heat the edges of the iPad’s display assembly, which consists of the LCD and touch screen/front panel. This part is a bit delicate, because too little heat will not loosen the adhesive, and too much heat can burn the device (or your hands!). 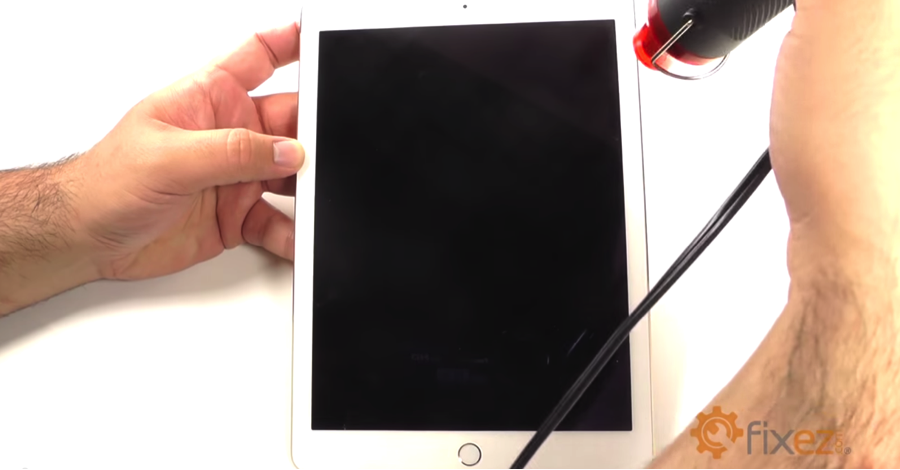 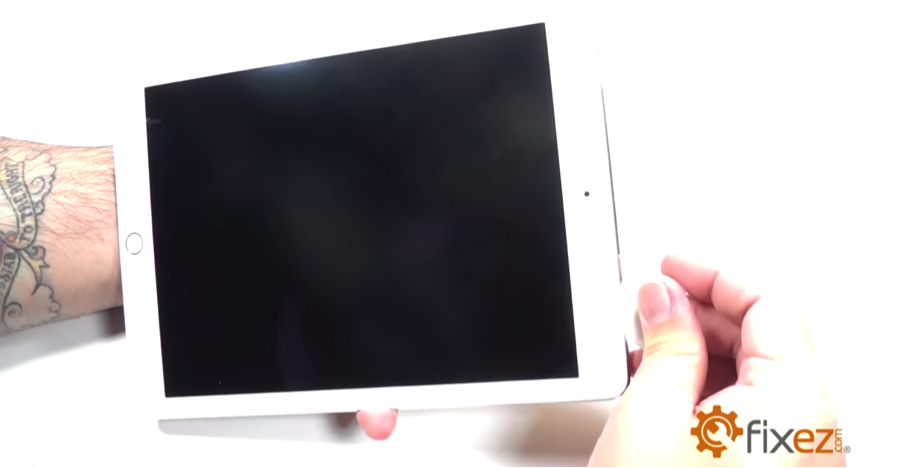 Once you loosen the display assembly, it’s important that you pull it up and away from the rest of the iPad Air 2 from the side that’s closest to the front-facing camera (the top), since the display is still secured to the base of the iPad (near the home button assembly). 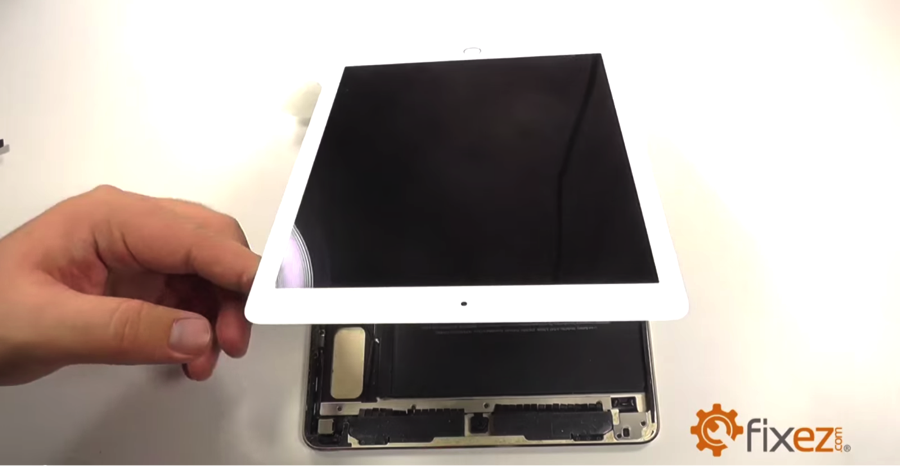 Remove the three small Philips screws from the metal shield near the bottom of the iPad (which is pictured at the top in the photos). Once you’ve removed the shield, you’ll find the LCD and touch screen assembly connections. 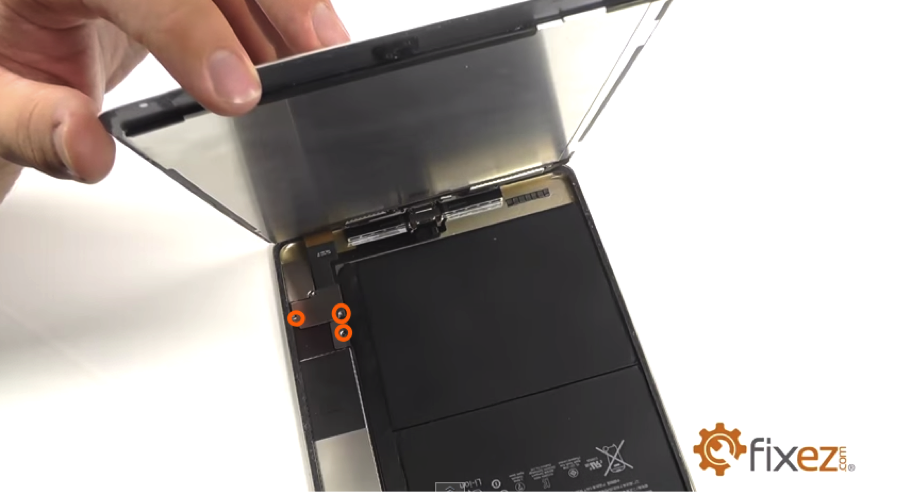 Remove the display assembly connections with your Fine-Tip Curved Tweezers. The first (larger) connection is attached to the visible ribbon. 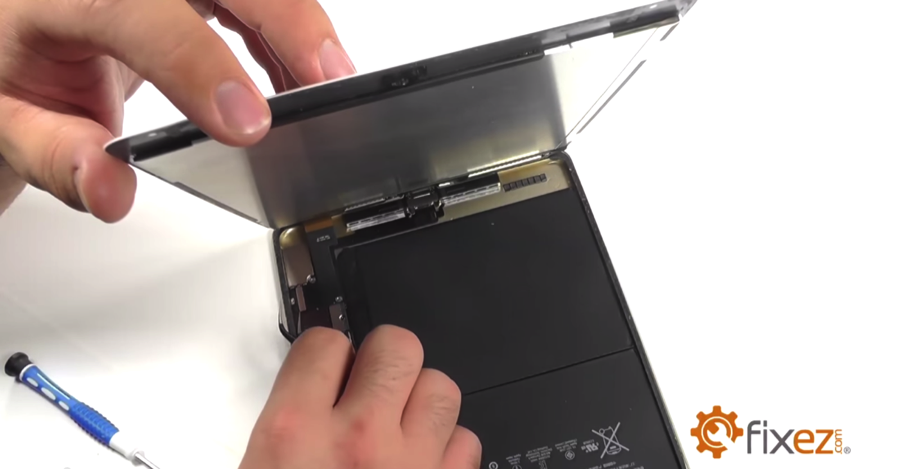 Once you’ve removed the first connection on the top ribbon, remove the other two (smaller) connections on the second ribbon. Once these are removed, you can lift up and completely remove the display assembly from the aluminum back housing. 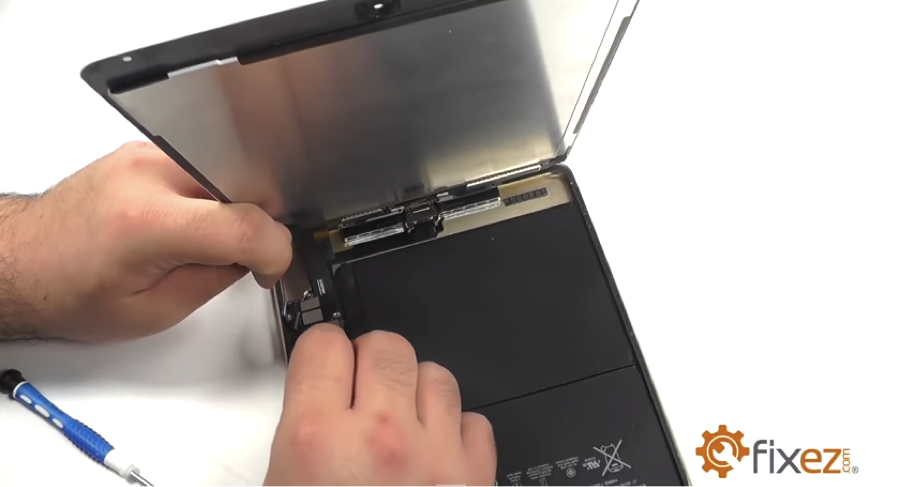 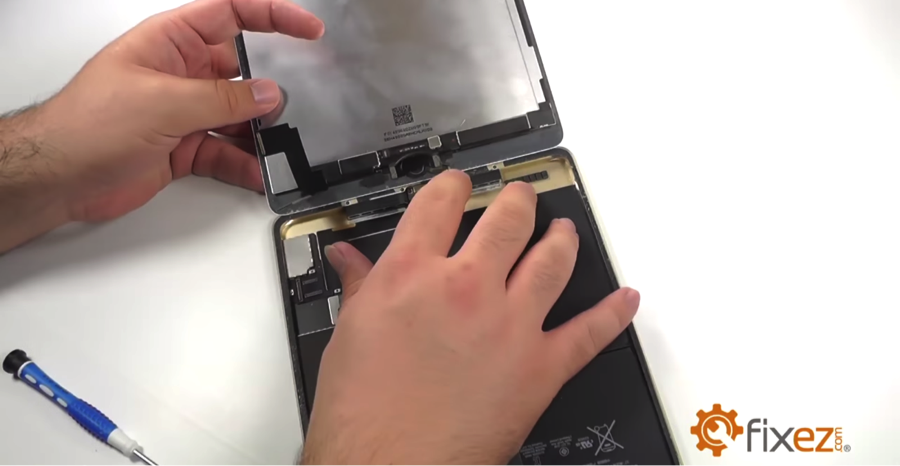 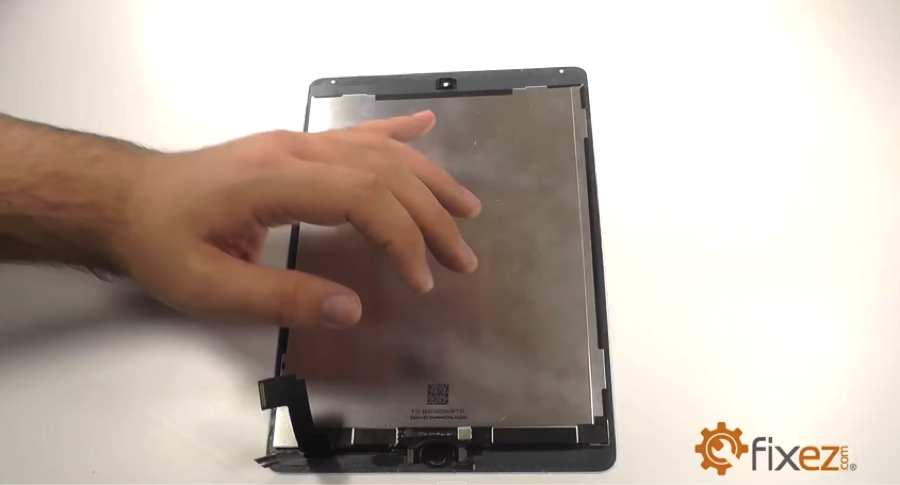 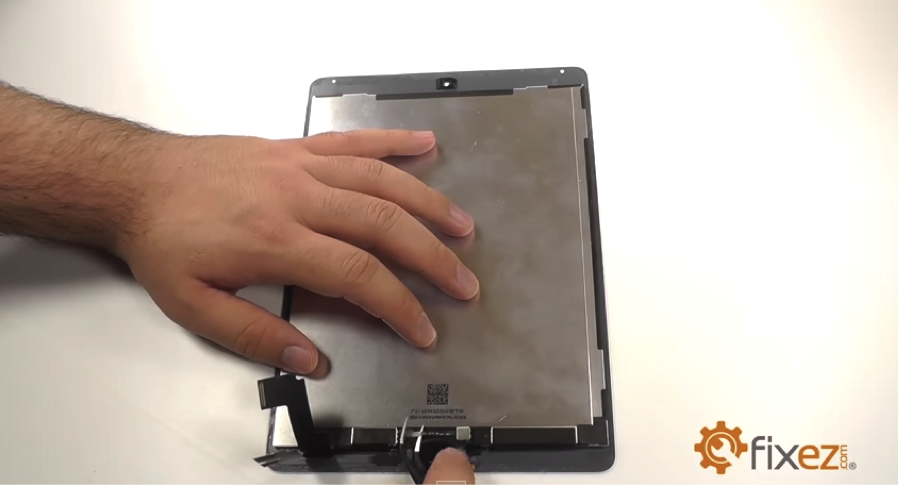 Once you’ve removed the clasp, use your Heat Gun to heat the home button bracket. 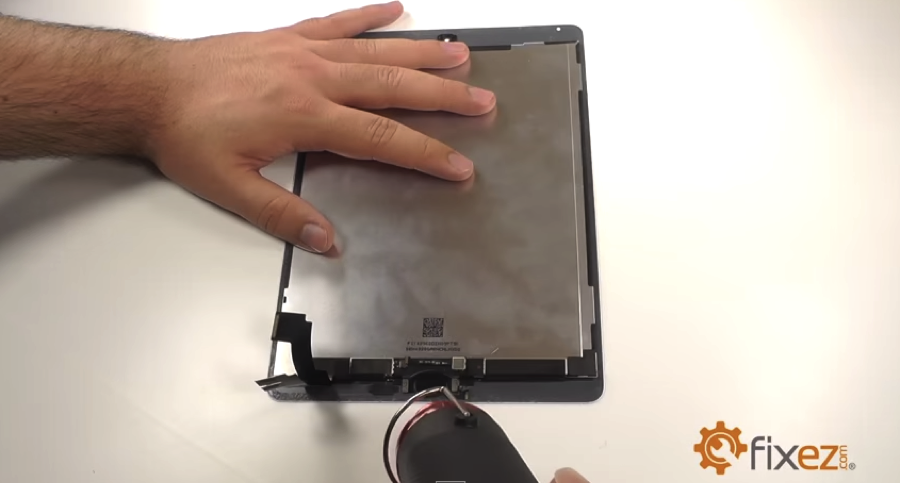 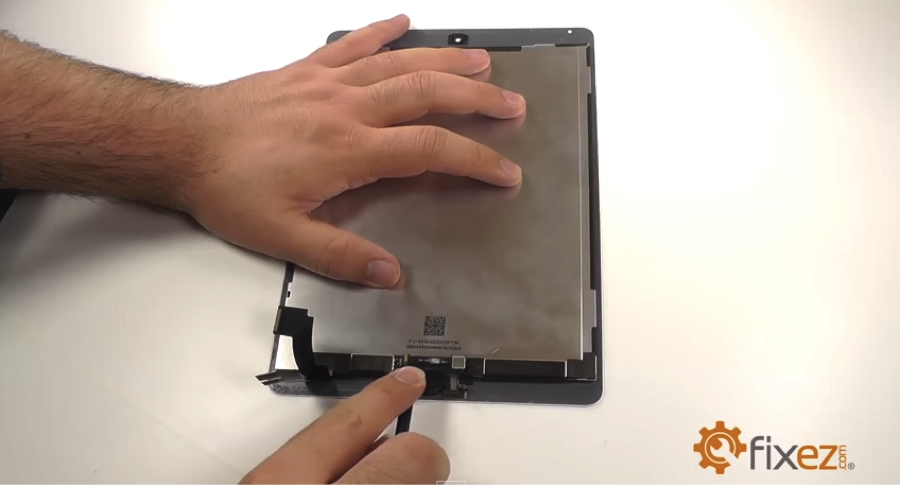 After you’ve removed the bracket, you can pry off the home button assembly using a Nylon Spudger. 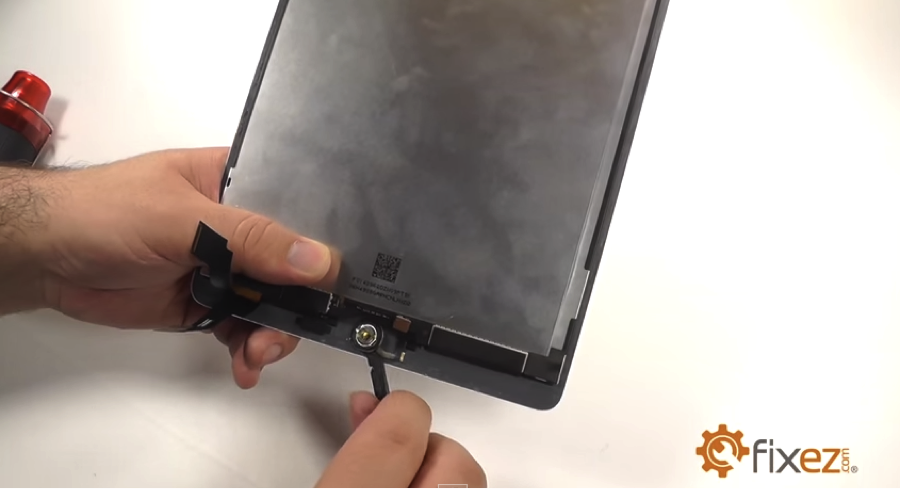 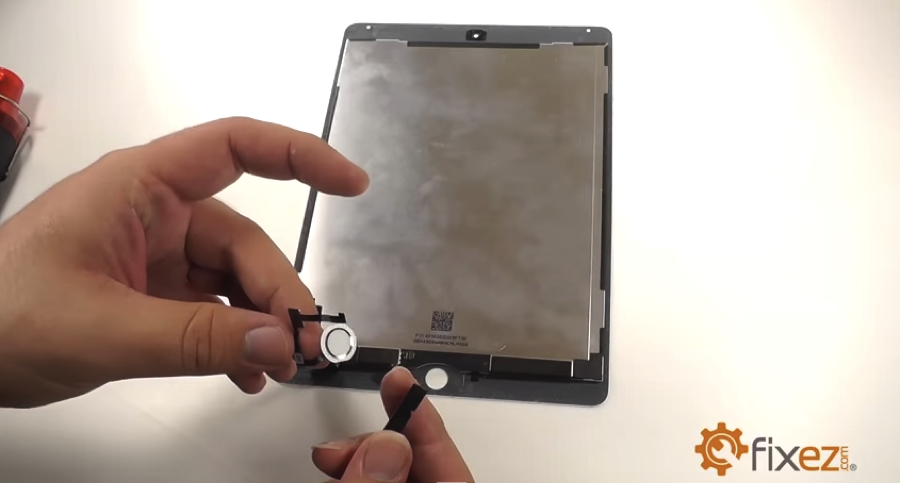 Check out our iPad repair guides and iPad Air 2 Disassemble Guide for complete, step-by-step disassembly instructions & HD repair videos! As always, you can save time and money by extending the life of your device with the high quality smartphone & tablet replacement parts found at Fixez.com.